This build was added with the Dragonhold DLC.

Using the Artaeum Buff Food already gives us a lot of extra stamina recovery that we need. In addition, you always want to keep up your Bull Netch to constantly give you back stamina throughout the fight. During the fight healers or tanks will throw Energy Orb that you can synergize to get back resources, these are very important! Other than that you have to use potions on cooldown to give you a huge amount of stramina back and you can always perform some heavy attacks throughout the fight to restore stamina. If you have all these things you should be fine with sustain, just don’t forget to do heavy attacks when you drop low on stamina. 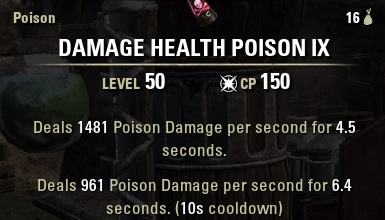 Always activate the Bull Netch before you engage in combat. The only other thing not fitting into our rotation is Barbed Trap, so make sure to activate the Trap 2 seconds before it runs out, so you can keep the Minor Force buff up for a 100% of the time. The rotation is around 10-11 seconds long.

Just make sure to keep Arrow Barrage and Poison Injection up on the back bar, other than that spam Reverse Slice and make sure that Barbed Trap still gives you the Minor Force buff.

This setup is made for AoE damage, it is meant for trash packs. During trash packs you can usually not debuff the monsters as good as on boss fights, therefore we are using Twice-Fanged Serpent to get more physical penetration and the Titanic Cleave for a huge AoE damage boost.

Instead of Barbed Trap we are using Channeled Acceleration to prebuff us with Minor Force before we attack the trash packs. Only use Acid Spray in the back bar if you can not engage in melee combat.