Welcome to the ‘Magicka Necromancer DD Cyrodiil PvP Group Build “Smasher” for Elder Scrolls Online. Make sure to bookmark the link as I will keep updating the build for each new Update of ESO. The Smasher Build is optimized for Organized Group Play of 12-16 in Cyrodiil.

This build is a 5-1-1 light setup with New Moon Acolyte, Vicious Death and Balorgh. Since Elsweyr chapter got released, the Magicka Necromancer arises and has a very strong role in a group of any size.

Even thought the class does not bring the best sustainable damage, it brings ones of the best debuffs and synergies on the table. With the combination of Glacial Colossus and Agony Totem, you apply both Major and Minor Vulnerability to all players inside increasing their damage taken by 38%. With Unnerving Boneyard, you also apply Major Breach and Major Fracture to them decreasing their resistances by 5280. Timing your Stalking Blastbones with Proximity Detonation and Glacial Colossus also provide a great burst potential.

Ideally, you would like to have a Magicka Necromancer Support running the abilities providing the two synergies (Boneyard and Totem) but if you only have one Necromancer available, it can also be introduced in a Damage Dealer setup as described in this build.

Since the Necromancer is very slow, the use of range abilities such as Stalking Blastbones, Unnerving Boneyard, Glacial Colossus and Race Against Time really help the class shines as the group engages.

Artaeum Picked Fish Bowl is the Food we use with this setup. If you don’t have the budget, you can consider using Solitude Salmon-Millet Soup instead. If you have Stamina sustain issue, use TriStats.

Spell Symmetry combined with the Combustion synergy from Mystic Orb, The Worm's Raiment buff always active and the Breton race passives provide us with plenty of sustain for prolonged fights. 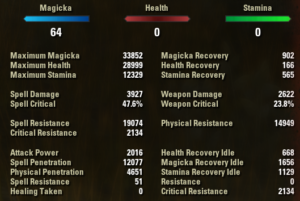 We are running a 5-1-1 Light Armor setup New Moon Acolyte, Vicious Death with Balorgh. For Group Play, I found that 5 Impenetrable and 2 Divine traits work best. You want to make sure to keep your shield up. Also consider changing one or two jewellery traits to Swift if needed in the beginning.

First of all, I would like to point out that the role of this build is mainly to be a Damage Dealer but also includes several Support abilities. If your group composition includes a Magicka Necromancer Support, consider replacing the following skills :

In a magicka group focus, the leader will usually start an engagement by doing a countdown of Proximity Detonation. As you hear the countdown, cast Radiating Regeneration, then Proximity Detonation and finally Stalking Blastbones followed by Unnerving Boneyard on the biggest stack ahead.

Cast Race Against Time and Dampen Magic as you get closer to the enemy group. Finally, spam Pulsar a few times and reapply your synergies and Stalking Blastbones on enemies as they move as long as the leader doesn’t call to disengage.

If the leader call for a Smash to be used (Glacial Colossus or Pestilent Colossus), cast it in the rotation above as you hear bomblades using their storms. Adjust accordingly of the timing but it will generally go after using Unnerving Boneyard from distance.

During the Kiting phase, make sure to never be the last one behind and if it’s the case, use Dampen Magic into dodge roll, then cast Race Against Time to catch up to the front of the group as long as you are being targeted.

Make sure to reapply Radiating Regeneration and Agony Totem every 5 to 10 seconds, especially in choke points or around corners.

Last and not the least, never let your magicka pool go under 50% unless you are into an extremely long and intense engagement without any terrain or object nearby to get out of sight. Every split second you have and as long as you stay in the front of the group, cast Dampen Magic into one or multiple Spell Symmetry to get your magicka pool back up to full. 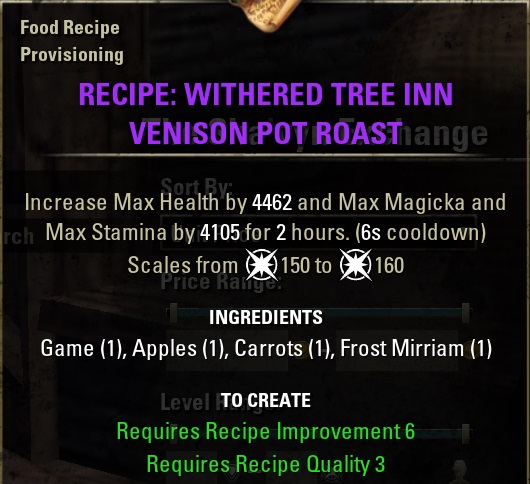 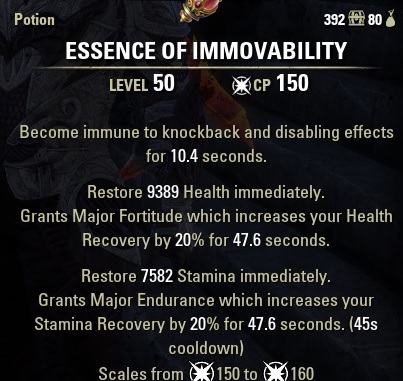 You can find three different Highlights from FrozyESO stream with his group as Magicka Necromancer here! First two are short clips and the 3rd Highlight is a longer gameplay video.